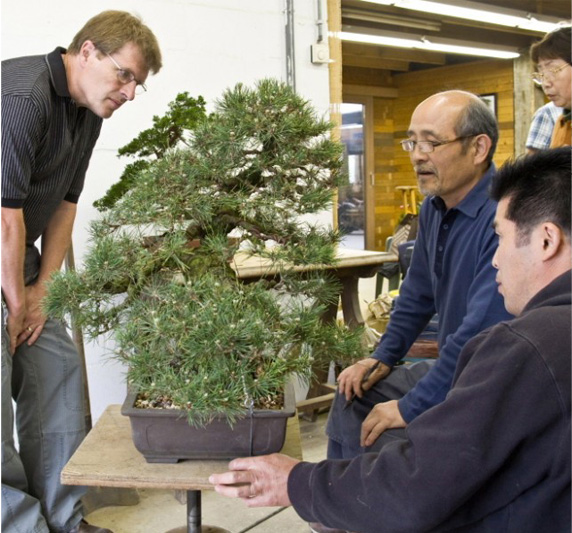 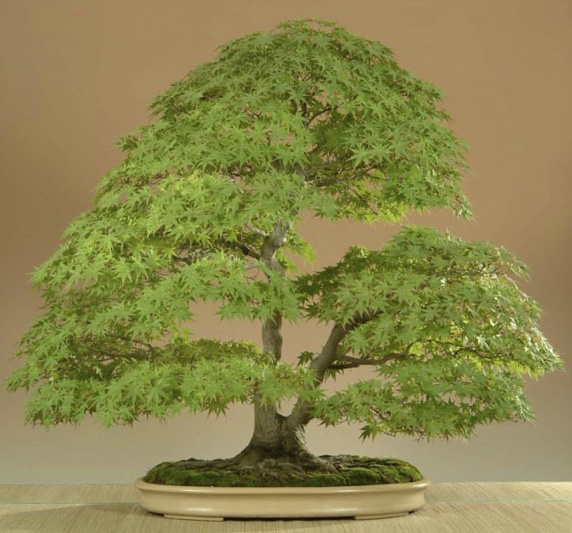 My fascination with bonsai started in the 1970's when a Temple Tree I received as a gift unfortunately died and perhaps the interest waned a little. In the 1980's I was inspired by Peter Chan's book 'Create your own Bonsai'. By the time I had read Harry Tomlinson's book I was totally hooked.

Extensive tuition and workshops quickly followed with Harry Tomlinson, Peter Adams, Walter Pall, but most intensively with Dan Barton. My life would never be the same again. Harry and Dan are now good friends and I am indebted to them for their inspiration, encouragement, and enthusiasm.

In 1992 I started trading as 'South Yorkshire Bonsai', and shortly afterwards disposed of my estate agency business. As a Chartered Surveyor I continued to carry out professional work based from home, but more of my time was increasingly devoted to bonsai.

From 1992 to 1997 I held various posts on the committee of the Yorkshire Bonsai Association. In 1995 I was elected to the committee of the Federation of British Bonsai Societies (FOBBs) and for three years served as its secretary. In 1999 I regrettably had to stand down due to the demands on my time from my own nursery and bonsai school which continue to expand rapidly. For many years I still maintained a role as a committee member of the Bonsai Traders Association.

I have been on the FOBBs list of demonstrators for many years and regularly give talks and demonstrations to bonsai clubs throughout the country. I have demonstrated at national events including the European Bonsai Association Congress at Stratford in 1999. In January 2001 I was invited to demonstrate at a weekend bonsai seminar in Belgium.
Trees from my own collection have been presented with awards at both national and international bonsai events, winning a Gingko award in 1999 in the Important European Bonsai category and an extra "special" prize from Mr. Daizo Iwasaki at the fifth Gingko exhibition in September 2005.

I have provided advice, articles and photographs for books and magazines. I have also been featured on local radio and on television - in UKTV Style's Gardening Angels programme. I joined with a Feature Media company to produce a successful introductory bonsai DVD based on our beginners course.

Over ten years ago I was introduced to Danny Use of the Ginkgo Bonsai Centre in Belgium. I owe much to Danny for my further development and understanding of Japanese cultivation techniques.
In 2003 I became a member of the Kawabe school in Belgium - eager to further my knowledge under the guidance of highly regarded Japanese Bonsai master, Mr Takeo Kawabe.

In April 2003 I purchased Newstead Nurseries; a very run-down garden centre but with useful buildings, glasshouses and 4 acres of land. The transformation is well under way with a new studio/classroom,   superb cafe, extensive and fully stocked indoor and outdoor display areas. A 17,000sq.ft. glasshouse converts to provide an art gallery atmosphere for the UK's number one Bonsai exhibition, which we held every 2 years from 2004 to 2010.
I gave up the day job to work full time managing the centre, looking after client's trees and teaching/practising Bonsai. At last, the full story is beginning to emerge as I look after most species of tree, many of them at varying levels from young seedlings to some of the best specimens in Europe.

In 2009 I was booked as the sole demonstrator for the Christchurch Convention and New Zealand's first National Bonsai Exhibition. One week later I was conducting a workshop and demonstrating in Sydney Australia. This double visit was a great honour for me and a truly memorable experience where I was fortunate to meet some amazing bonsai people.

Wow..all this from the purchase of one little tree!!

Let this be a warning to you! But because of that little tree I now have friends all over the world and students have become part of our very own Bonsai family. I consider myself very fortunate serving my trees as a job as well as a hobby.

In 2012 our bonsai life came full circle.....we decided to sell the garden centre and concentrate on what we do best.....bonsai! We moved the bonsai nursery into our garden at Newstead and created a new studio/bonsai shop. My weekly bonsai classes continue to sell out but this year I have been able to undertake more private professional work on clients trees than ever before.

So here we are today......with a new adventure under way. The school has continued to grow from strength to strength with more classes, more students, and being sold out on a regular basis.

The demand for private tuition and maintenance work has also increased dramatically. With this in mind I have scaled down the nursery side to be able to concentrate on what I enjoy doing most..........which is helping other people get the same pleasure from this hobby as I have......by seeing their trees develop and reach a much higher level.